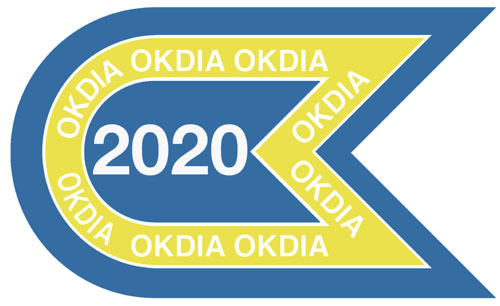 Please welcome Dennis Clark and Paul Henderson back to the Fleet. I can’t emphasize how important it is to find and welcome back our founding sailors and reclaim the US OKD RA heritage. The 21st century fleet must become the stewards of the class history and the seeds of future growth. Thank you Dennis for reaching out and becoming a member once again.

Sorry to not reply in a timely manner, things have been rather busy for me.

I was 10 yrs old when my father started Clark Boat company. there was a group of 15 or so who built ok’s for themselves in his fledgling shop. Axel Olsen was living in Seattle and working for Boeing at the time and in his Danish/english attempted to direct traffic. It was a fun madhouse.

We then built many oks and I was a pretty lucky kid at 12 yrs to get one. The Nationals were in Seattle in 1963 and I was fortunate to come second to Colin Park.
Through my teenage years I sailed Thistles, 14s, and lightnings, but enjoyed the ok as well. In 1971 (?) the North Americans were in Seattle at Shilshole Bay and the regatta went amazingly my way and was able to snatch victory.

I am 69 now and look back at sailing and the OK as the one “thing” in my life that created independence and confidence for a kid who got picked last for the baseball team.

Thanks for your efforts to keep this most amazing boat relevant.

*note – the distance between numbered markers is approximately one mile. 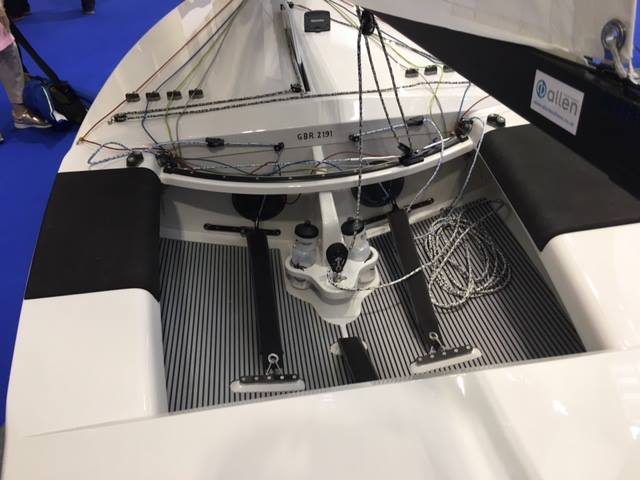 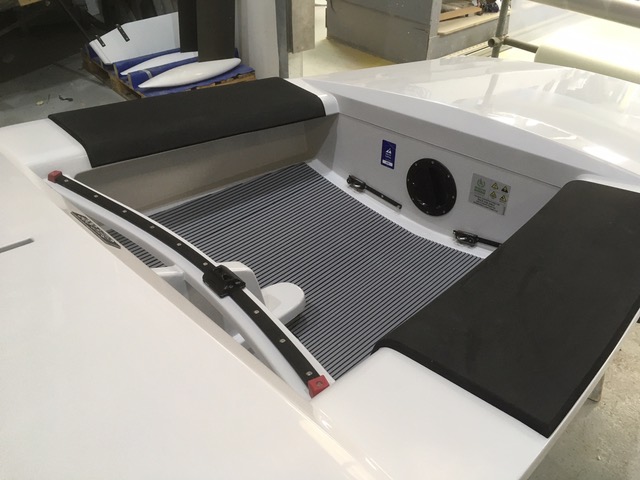 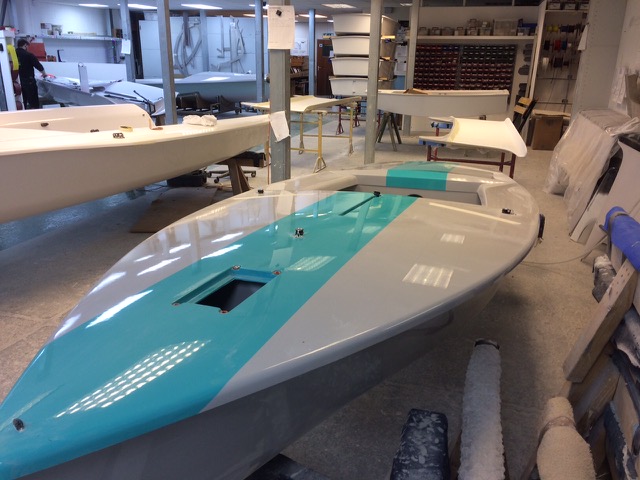 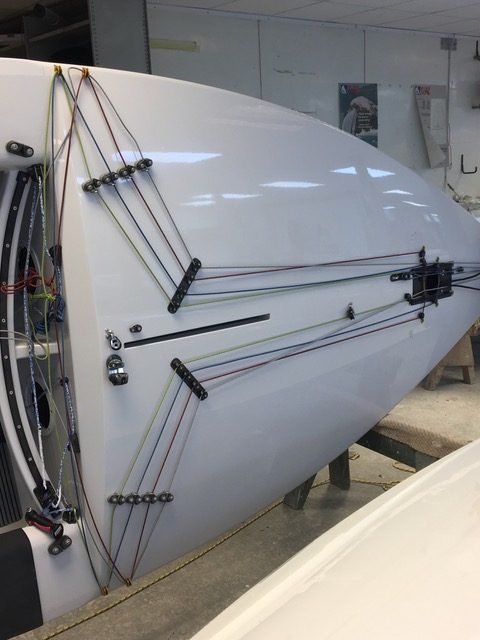 2020 US OK DRA Membership drive will open up on Dec 1. It’s requested that current and prospective members of all stripes register by Feb 15, 2020 to aid in publishing a yearbook / directory and compliance with OKDIA administrative deadlines. Send your email, address and boat[s] you have and I’ll take care of the rest. [jfbland at me dot com] .

I can’t emphasize enough how important it is to support the US OK DRA , racing or not, boat owning or not. Your support pays the costs and the time needed to network and build the US Fleet. US OK DRA is an IRS 501.c.3 not for profit organization. Any Donations, Grants or Gifts would be greatly appreciated.  I have spent countless hours generating content for this Website and the Facebook page

I believe we can be bigger than the Finn Class in the US in less than three years IF the currently interested sailors can each find two or three other sailors this year and buy boats and start racing. Google is your friend.

THE 2019 AYC CENTERBOARD REGATTA and Finn Texas Blue Chip Championship was held the weekend OF October 26THAND 27THat the club.  Special guest, coach and world champion sailor Rob Coutts [USA 9] sailed in his Finn which was transported 1,000 miles to support the Regatta.  The Weather conditions were championship caliber with a little bit of everything for everybody.  Friday was blustery 15 – 25 mph with gusts over 35 mph.  The Finns took the opportunity for a brief shake down sail and pronounced it good.   Saturday started with light to fresh NW breezes which moderated and shifted to the West, eventually becoming calm after the racing had concluded for the day. Sunday was the warmest day, in the 80’s, with a building South to South East breeze at 9 mph, gusting to 15 +. The conditions kept the smiles on everyone’s face and the host pronounced it good. ,  Fifty-two boats were registered prior to Saturday, with a total of 54 boats competing, the largest attendance in recent history. The Fleets consisted of Optimists, Sunfish, Lasers, Aeros, Flying Juniors, Handicapped Monohulls, F18 Catamarans, and Handicapped Multihull racing.  Rob Coutts won the Finn Texas Blue Chip Championship with a near perfect set of bullets.  The Centerboard Handicap Fleet was won by Fiona Froelich and crew with very tight racing for the subsequent spots.  Kiersten McDonald won a handicapped Laser Fleet in her Laser Radial in tight racing against Kiwi Craig Berleme.  Ethan Froelich edged out Phillipe Bettler for the Multihull Fleet in his F 18.  Fred Schroth won in his Aero against stiff competition.  Stewart Draheim continued his Sunfish championship ways followed by Commodore Annie Lancaster.  Vivian Heikoetter and crew showed dominant style winning in the Flying Juniors.  In a huge Optimist fleet that was nearly one third of all entries, Ramzi Matous outlasted the fleet in a 12 race melee.

It is said that there are three components to a regatta, and having two of them ensures a successful regatta:   wind, food / beverages and an active social scene.  After being flooded out in 2018, special care was taken to start early and promote the regatta.  Shirts and trophies were effectively recycled and enhanced, and many people took a personal interest in promoting the date.  The weather cooperated and was brilliant with Sun and Wind.  The food was non-stop and delicious.  If anyone walked away hungry it wasn’t for want of trying to feed them from an incomparable set of selections.  Louise Miller, Coleen Minor, Dee Chow, Liz Stanfield, Sarah Zajicek, Kelly Hawk, Walter Payne, John Grzinich [among others] and Cathie Martindid the tough work of getting the sailors registered properly and providing them with the materials to get fed and Sailing Instructions so they could find their way on the race course.  The US OK Dinghy Association and the US Finn Associationprovided administrative materials and trophies.   There was something for everyone socially.   Robb Couttssigned his book Kiwi Goes Sailing, lead an informal discussion of junior sailing and his own training experiences growing up in New Zealand. Silly Artist Svetlanadrew caricatures on the rock deck, while Rob’s talk continued upstairs.

The Race Committee was comprised of Linda McDavitt, Jennifer Hopgood, Claudia Bartlett, John Foster, Carolyn Wilsford, Bob and Gail Leonard, Bob Gross, Thomas Young, Jeff and Marilyn Jackson, and Ray Shull as PRO.  John Bartlettalso helped out both days after his Moth had a breakdown on the water. The chase boats did a great job of setting and moving the marks, recording the finishes, and assisting boats on the course.  Scoring was done expertly by Renee Ruais and Brad Davis was the Judgein charge of protests.  Brad had the easiest job in the Regatta as there were no issues to resolve. Thank you competitors for playing nice and keeping everyone out of the protest room.

The racing Saturday started in 10 mph of wind out of the northwest.   We set the course with the start line just east of the Travis Landing shoal and the windward mark and finish line just outside of the AYC north cove.  Anyone watching from shore had a good view of the racers as they approached the upwind portion of the race.  The wind was forecast to move to the north as the day progressed, so we hoped that we could keep the course square by just moving the weather mark a bit to the north to match.

The wind however had other ideas and continued to move westward as the day progressed.  After the second race cycle, we moved the start line and leeward marks to the north on the far side of the lake and completed two more race cycles from that location.  At about 4:00 pm the winds appeared to be dying, so we called it a day and watched as the final group of sailors finally crossed the finish.  Fortunately, the AYC docks were nearby and everyone was able to make it to shore quickly.

Sunday arrived after a wind shift to the south overnight.  We reversed the direction of the course from the first races on Saturday and set the windward mark and finish line off of the Travis Landing shoal and set the starting area in the middle of the lake outside of the AYC north cove.   The wind was light for the first races but steadily built as the day progressed.  By the time of the fourth cycle of races, the winds had built into the mid teens.

We were able to complete eight races in the Regatta for all of the fleets except for the catamarans, who completed seven.  The winds varied from very light at the end of Saturday to steady white caps with gusts in the high teens on Sunday.  Everyone experienced the shifty, puffy winds that Lake Travis is known to provide.  There should have been the conditions that everyone liked at one time or another, they just had to be patient and wait a bit.

Several sailors came by the signal boat before the last race on Sunday and asked if that would be the last race.  From the looks on the their faces, and the tone of their questions, it was apparent that they were tired and ready to complete the sailing for the day.  It was great on the Race Committee boat to see that we had provided a full regatta of sailing in a variety of conditions and that the sailors were ready to finish the sailing and head to the shore.

The reality is that it takes a lot of effort and teamwork to pull off a successful regatta. The staff and the volunteers for the regatta did a wonderful job in providing facilities, meals and beverages as well as an expert race committee. On the water, Principle Race Officer Ray Shull and his race committee,  did a superb job in the changeable conditions, and kept us racing until cries of mercy could be heard throughout the land. Ray Shull and his crew on the main course  –, Bill Records served as PRO on the Opti course with the assistance of Greg Matous, Nagla Matous, Gal Sela, Tony Yen, Andre de la Reza.

Also, thanks to Jackie, Tom and Jeff and Dee Sabudawith their help everything went like clockwork.

Finn Class President, Peter Frissellwas evaluating the  Austin Yacht Club , for future events including and the 30-50 boat 2020 North American Masters Regatta scheduled for next October.  Peter was surprised at the size and topography of the Lake and highly impressed with its facilities.  We can expect greater attendance in the future.  Brad Davis has been named as Regatta Chair and PRO for this prestigious event.  If you have ever considered sailing a Finn, the time is now.
Thank you all for supporting the regatta. Next year’s goal is 75 boats. Start early and reach out to new fleets. There is a parking lot full of fun here at AYC !

[US OK DRA highly recommends this regatta for all USA OK Dinghies to attend.  It provides a central location at a low profile regatta to meet up and tune up.  The conditions are almost perfect for the OK on one of the biggest venues for lake dinghy sailing in the USA. At the end of  October, the water will be warm, the Sun bright and the company welcoming.   3 boats is all that is required for a start, otherwise racing in a big handicapped fleet.  The Finns are having their Nationals and Masters in Texas next year, ] 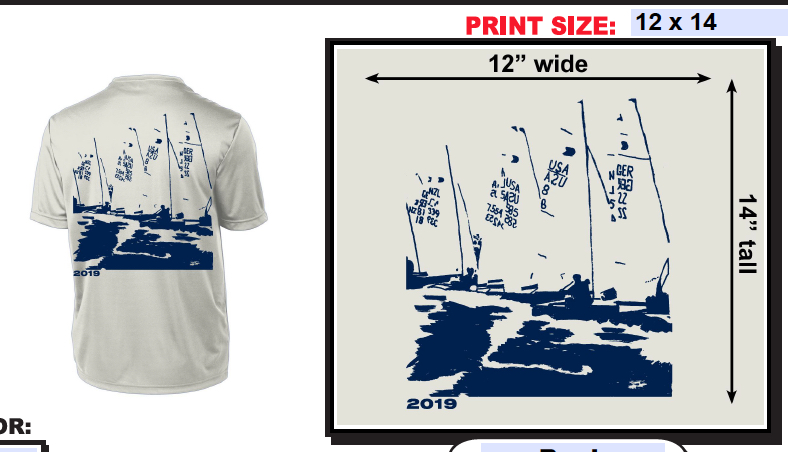 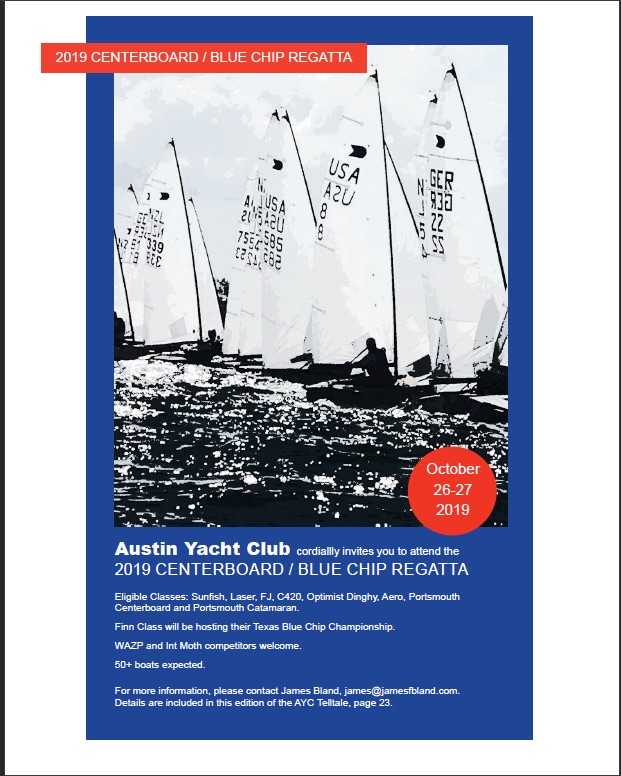